Vinexpo America | Drinks America and the Wine Business Institute at Sonoma State University, a global leader in wine business education and research, present: Growing Brands in the US Market.

This 6-webinar series explores topics critical to brands looking to enter or expand in the US. The goal of the education series is to help producers navigate and better understand the complexities of working in the US market. Each webinar features industry experts discussing the latest developments in the industry, beverage alcohol laws and regulations, opportunities for market entry and expansion, and case studies of successful brands.

No one has a crystal ball, but if we did, now is surely a time when it would be in constant use. How can new and emerging brand owners watch and learn from trends? Being nimble and ready to seize opportunity is more important now than it has ever been in the wine & spirits industry. Non-traditional offerings are competing with traditional products and forging new ground in wine products and cocktails.

This panel brings together a group of experts in wine and spirits whose job it is to spot and keep ahead of trends. 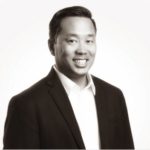 Prior to joining the company’s executive team, Jeff held positions at leading multi-brand portfolio companies including Jackson Family Wines, Diamond Foods, and E. & J. Gallo Winery. Before Jeff’s career in brand management, he was a consultant with Price Waterhouse Coopers, leading change at Fortune 500 companies around the country.

He holds a BA from the University of Pennsylvania and an MBA with High Distinction from the Ross School of Business at the University of Michigan. Hailing from Cleveland, OH, Jeff is an often heartbroken, but nevertheless steadfast Cleveland sports fan. He resides in Santa Rosa, CA, with his wife and their three daughters.

Kurt oversees the WX global winemaking and sourcing team. No small task, but with 30-plus years in the industry, it is something he does with ease and grace.

Since 2000, Kurt has led the development of many of our successful products from around the world, racking up countless awards and accolades in the process.

Previous to WX, as Winemaker at Estrella River Winery, Kurt helped pioneer Paso Robles’ rise as a prominent wine region. From there, he joined the founding team at Jepson Winery & Distillery, where he spent 15 years as a winemaker and master distiller. Throughout his career he has developed strong sourcing relationships, consulted for wineries and négociants, and developed a wide range of award-winning wines and spirits. 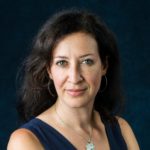 Monique Huston began her spirits career over two decades ago at the Dundee Dell in Omaha, Nebraska. Here she helped build and educate across one of the largest whisky and spirits collections in the world. An avid spokesperson and educator, Huston has served as a spirits judge and panelist at events and competitions around the world, and been featured in the Whisky Advocate, Forbes and the Wall Street Journal.

In addition to membership in many industry groups, she has been inducted into the exclusive international society, the Keepers of the Quaich, focused on outstanding commitment to the Scotch Whisky industry. She has recently been to the advisory board of the Council of Whisky Masters and VinExpo. Passion for whisky has led to deep exploration of the incredible, terroir-driven spirits of Mexico – her second great love.

Adam founded VinePair with Josh with one simple goal: create a publication he actually wanted to read in a space he was extremely passionate about. Since founding the publication Adam has become recognized as an authority on how to make the drinks world accessible to everyone as well as on the ever-evolving media landscape.

He is the winner of the Left Bank Bordeaux Cup American Wine-Tasting Championship and holds an MBA from NYU Stern. 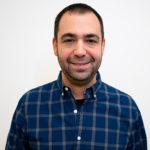 Josh loves putting things together — websites, words, legos, and cases of wine. Prior to VinePair, Josh spent a few years helping to build Ez Texting, an NYC startup, into the leading provider of text messaging services to small businesses. Ez Texting was acquired in late 2012, by CallFire. Josh also co-founded MobileSmarts, one of the earliest (as in monophonic ringtones) and largest distributors of ringtones in North America. 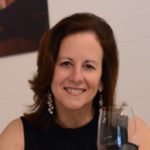 Geralyn has held positions in multiple channels: winery, import, distribution, retail, and the non-profit wine education sector. She teaches in the MBA program at Sonoma State University and has taught wine business at the Culinary Institute of America at Greystone. Her published books include Into Italian Wine and The Business of Wine, which was nominated for the Gourmand World Cookbook Awards.

As co-founder of the Italian Wine Central (IWC) website, Geralyn is involved in developing an international network for wine professionals wanting to learn and teach about Italian wines. Prior to starting IWC, she was Vice President of education for Winebow. Geralyn holds a BS in Management and an MBA in Marketing. She is currently pursuing her doctorate in innovation and business studies at Bocconi University in Milan. A dual citizen of the United States and the Italian Republic, her professional wine credentials include the VIA Italian Wine Expert, the Italian Wine Professional (IWP), the Certified Wine Educator (CWE) from SWE and WSET’s Level III Award in Wines and Spirits. 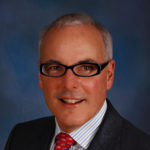 Johnson joined the wine business in 1986 at the Christian Brothers’ Greystone Cellars in Saint Helena, California. He went on to sell wine, first on the supplier side, and later in retail, working directly with consumers. He earned his Master’s in Wine Business from the University of Adelaide in South Australia and taught for fourteen years.

Johnson’s work has been published in the Journal of Consumer Marketing, the International Journal of Wine Business Research, Vineyard & Winery Management, and in reviews for consumers and the primer The Good Life Guide to Enjoying Wine.

Complete the short form below to be redirected to the Brand Planning for 2021 Part 2—Beyond Traditional Wine & Spirits: Reimagining Products & Route to Market webinar recording.