The Buzz, a dedicated space at Vinexpo America that promotes knowledge exchange and discussion has gone Virtual! The Virtual Buzz will take place digitally throughout 2021 and will focus on current events, issues and trends impacting the US beverage alcohol industry.

Access the first Virtual Buzz and hear from our panel of industry leaders on how their experiences with mentorships have positively impacted their careers in beverage alcohol. The panel shares their advice and what steps you can take when seeking a mentor.

Complete the short form on the right and the session link will be emailed to you. 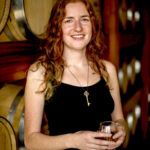 When Nicole Austin was hand selected by distilling icon Dave Pickerell to be the first employee for his spirits consulting firm in 2012, the spirits industry took note of her fresh thinking and strategic vision. When The New York Times dubbed her “Bourbon’s Master of the Craft” in 2014, the industry applauded her distilling expertise. When the rye whiskey she helped create won Double Gold at the 2015 San Francisco Spirits Competition, they celebrated her creativity and innovation. And in 2018, when she was named General Manager and Distiller for Cascade Hollow Distilling Co., Austin knew she’d found a home in Tennessee.

Nicole Austin graduated from Manhattan College with a major in Chemical Engineering in 2006, before landing her position as a Master Blender for Kings County Distillery in 2010. She then joined The Oak View Spirits consulting firm where she handled everything from raw material sourcing to contract negotiations. Most recently, Nicole served as a Project Commissioning Engineer for William Grant & Sons at the Tullamore Distillery in Ireland. She’s also been a fierce advocate for the distilling industry as a founding board member of the American Craft Spirits Association and co-chair of Legislative, Convention and State Guild Committees.

In her role as General Manager and Distiller of Cascade Hollow Distilling Co. Nicole leads the strategic direction of the company, which means she has dual responsibilities across operations and marketing for the distillery and its whisky brands. Since joining the Cascade Hollow team, she’s been instrumental in the latest innovations from George Dickel – including George Dickel Bottled in Bond that launched in May 2019 and was awarded Whisky Advocate’s “Whisky of the Year” distinction in December 2019. In March 2020, Nicole was also named as Artisan Spirit Magazine’s first ever “Distiller of the Year” where the selection committee weighed Nicole against several selection guidelines including “willing to push boundaries while still understanding and learning from tradition” to “industry advocate to customers and others outside the boundary of the distillery.” In Fall 2020, Nicole launched the Cascade Moon Whisky series – a brand new line

Franky is a hospitality industry veteran who gained entrée into the New York City craft cocktail world by working at notable establishments such as Clover Club, Monkey Bar, The Dead Rabbit, and Le Boudoir Brooklyn where she created the cocktail and beverage programs.

In 2017 and 2018 Franky made Tales of the Cocktail’s Top 10 list for American Bartender of the Year, and was inducted into the Dame Hall of Fame in 2017. She is currently a member of the TOTCF Business Education Committee, and a judge for the Spirited Awards. She is the former Vice-President of the Bartender’s Guild of New York where she made an impact with her focus on member education. She is a BNIC Certified Cognac Educator, a Pineau des Charentes Educator, and has completed the Court of Master Sommelier’s Introductory course, the WSET Level 2 Certificate with Distinction.

Franky has acted as a judge for numerous spirit and cocktail competitions, and has competed extensively herself both locally and internationally, earning her share of titles. She is a sought after guest speaker and has lectured at Cornell University’s Hospitality School, Diageo’s Learning Skills for Life, and has been a presenter at major cocktail festivals around the world. Both Franky and her cocktail recipes have been featured in books such as “How to Drink French Fluently”, “New York Cocktails”; and in publications including Cosmopolitan, Food and Wine, Imbibe, The Daily Beast, The New York Times, The Wall St. Journal, Vinepair, and Punch. 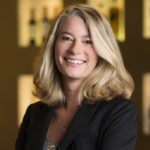 As the President of U.S. Spirits & Canada for Diageo North America, Claudia is responsible for leading the growth of Diageo’s spirits business, including iconic brands such as Ketel One, Johnnie Walker, Bulleit, Don Julio and Captain Morgan. She is known for her commercial and strategic thinking, alongside the ability in transforming businesses. Her leadership of the recent evolution of Diageo North America’s route-to-consumer model is just one example of this. She has extensive multi-market experience, having led Diageo Continental Europe, Russia & Eastern Europe prior to her current role and has worked, travelled and lived around the world.

Claudia joined Diageo in 2002 and has held a number of commercial & marketing senior leadership positions including leading Diageo Chateau & Estate (DC&E) Wines based in California, where she was responsible for the marketing, sales and wine operations for Diageo’s wine portfolio. She started her career in management consulting at the Boston Consulting Group. Claudia grew up in East Germany and is currently based in Diageo’s New York office. 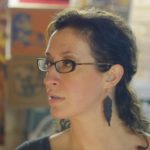 Monique Huston began her spirits career over two decades ago at the Dundee Dell in Omaha, Nebraska. Here she helped build and educate across one of the largest whisky and spirits collections in the world, boasting over 1,000 unique single malts and 1,200 other spirits. After spending time in Spain, focused on continued whisky and sherry education, Monique returned to the US with an opportunity to partner with distilleries in import and distribution, proudly telling their stories through authentic, transparent and very tasty spirits. Monique has recently taken up her current position as the Vice President of Wholesale Spirits for Winebow.

An avid spokesperson and educator, Huston has served as a spirits judge and panelist at events and competitions around the world. She has contributed to numerous publications and been featured in the Whisky Advocate, Forbes and the Wall Street Journal. In addition to membership in many industry groups, she has been inducted into the exclusive international society, the Keepers of the Quaich, focused on outstanding commitment to the Scotch Whisky industry. This passion for whisky has led to deep exploration of the incredible, terroir-driven spirits of Mexico – her second great love. If not at her desk, she can likely be found in one of her two favorite places – Oaxaca or Scotland.

Complete the short form below to access ‘The Spirit of Mentorships in the Drinks Industry’. The link to access the session will be sent to the email address you provide.