The Evolving Landscape of the Wine & Spirits Industry

Despite the challenges the past weeks have presented, many companies are successfully shifting their strategies and modifying their businesses. They’re not only supporting their staff and customers, but also those on the front lines, while keeping business moving. Join us for this free webinar, when we’ll hear from industry members across the three-tier system and learn what changes they have made, how they continue to adapt and what they expect in the coming weeks.

Technologist, oenophile, and entrepreneur Michael Baum is a Silicon Valley innovator who has been seduced by the complexity of the wine world. From Château de Pommard, the storybook domain in Burgundy his family stewards, Michael has found a balance to the face-paced world of technology in this small village of 518 inhabitants. And from this unexpected place, disruptive innovations to build a sustainable future for the wine industry are emerging.

An entrepreneur at heart, Michael started and built successive technology companies including big data pioneer, Splunk (SPLK), which went IPO in 2012 and has more than 15,000 customers and 5,000 employees worldwide. His foundation, FOUNDER.org, has invested in more than 125 young innovators applying technology to some of the world’s most challenging problems. Michael is a graduate of Drexel University where he earned a Bachelor of Science in Computer Science and Mathematics and is recognized as one of the top 100 living alumni; The Wharton School at the University of Pennsylvania with an MBA in Marketing and Finance; and the Wine and Spirit Education Trust with a Level 3 Certification. 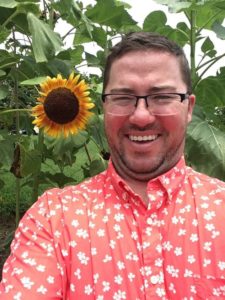 Tom started in this industry as a bartender in 2003 and has worked as a warehouse manager for a start-up distribution company in Austin, Texas, as a Somm on the floor, in retail, and has been in his current role as a Sales Rep in the 3-tier system for three years. Being part of a smaller, family owned company, he’s been fortunate enough to fill spaces where social media and outreach are concerned. He’s paid attention to the successes and failures along the way so that growth can be more stable within his company. He currently sells spirits and wine, both on and off premise, managing nearly 140 accounts. 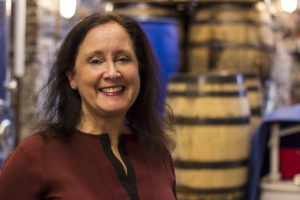 Margie A.S. Lehrman was appointed Executive Director (ED) of the American Craft Spirits Association (ACSA) in March 2016, having served in the role of interim ED since August 2015. In January 2019 Margie assumed the title of

Before joining ACSA, Margie was a senior attorney at Lehrman Beverage Law, PLLC, a firm that concentrates in the area of beer, wine and spirits law, where she now serves in an Of Counsel capacity. Within the law firm, Margie focuses on alcohol beverage licensing in the District of Columbia. Margie blends regulatory experience with more than 20 years of operational association experience. 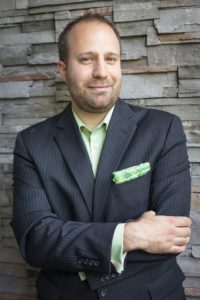 Scott Zoccolillo is the Wine Director for the Del Frisco’s Double Eagle Steakhouse in Philadelphia, PA, which is host to the largest wine program in the state of Pennsylvania, featuring over 1500 selections. He is an Advanced Sommelier through the Court of Master Sommeliers. Scott also acts as the Education Emissary for the Pennsylvania Wine Authority, often speaking about the growth of the local Pennsylvania wine industry and is the originating founder of the annual Pennsylvania Wine Authorities “Sommelier Judgement” which is an annual tasting and competition of the best wines in Pennsylvania.