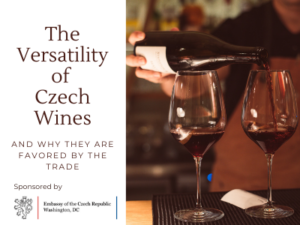 The past thirty years have seen a renaissance in the Czech wine industry, particularly as the country has become a driving force behind the latest global consumer demand for cool-climate, lower alcohol, and skin-contact wine styles. This webinar will explain how wines from the Czech Republic mightily deliver. Notably, in the gastronomy sector, Czech wines offer sommeliers, wine buyers, distributors, and importers an enormous catalog of aromatic grape varieties and versatile wine styles. Those which have helped to carve out a unique niche for Czech wine in international markets. 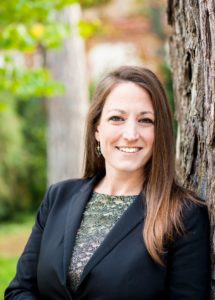 Arielle is an American expat currently living in Brno, Czechia, where she founded Civil Wines (www.civilwines.com) as an outlet to provide wine education to the English-speaking community in Czechia. Originally from New York, Arielle began her career in hospitality management and sales, while simultaneously earning her WSET Level Three Advanced Certification. Since arriving in Brno in 2018, Arielle has participated as a tasting panel judge for VINEX Wine Competition in Valtice in 2019, and as a judge for the 2019 Grand Prix Austerlitz Wine Competition in Brno. In November 2020, Arielle was also published in Europe Now Journal, with her co-written article entitled ‘Bottle Revolution: The Emerging Importance of the Wine Industry in South Moravia.’ Over the past two years, Arielle has collaborated with local wineries and wine bars in hosting both in-person and virtual online wine tastings. She holds a Bachelor’s Degree in French from the University of Mary Washington in Fredericksburg, VA, as well as a WSET Level 2 and Level 3-Advanced Certification. 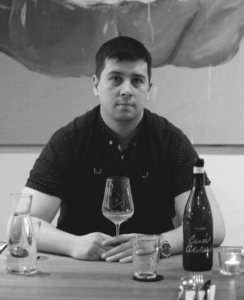 Milan is a Brno-based Restaurateur and Entrepreneur. In 2018, Milan opened his restaurant, Atelier Bar & Bistro in Brno’s city center, with the intention of introducing an innovative gastronomy and dining experience for his customers. Focusing on a dynamic, rotating cocktail and wine list, Atelier Bar & Bistro prides themselves on elevated bistro cuisine, sourcing local ingredients, and partnering with local wine producers to highlight and promote Czech culture. Milan’s experience in wine and spirits began in Prague at Tretter’s Bar, where he was trained by chef/bartender Josef Zelenka. After that time, he was head bartender in Runway, the cocktail bar located inside Brno’s famed restaurant Pavillon. Future plans include opening a boutique hotel in South Moravia and starting his own winery, producing certified organic, artisanal wines. 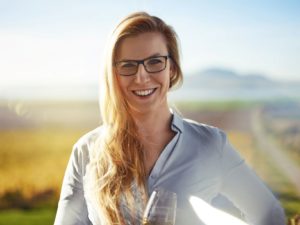 Dáša is the Marketing and Sales Director for Sonberk Winery, a midsize winery located in Popice, South Moravia, and recent recipient of the 2020 Czech Winery of the Year. Founded in 2003, Sonberk winery now farms forty hectares at the foot of the Slunečná Hill (236 m; from German original Sonnberg – the Sunny Hill), which is the current namesake of both the vineyard and the winery. The winery produces approximately 150,000 bottles a year, primarily crafting premium white wines that reflect the unique terroir of the Mikulov subregion.

After earning her Economics and Management Degree from Mendel University, Dáša originally joined the Sonberk team in 2014 where she worked as a winery intern, organizing tastings and events while advancing marketing, promotions, and sales objectives. In this role, she successfully integrated her prior gastronomy expertise from both living in Brno and living abroad in Ireland. In 2017, after completing various junior roles in the wine industry, she was provided the opportunity to return to Sonberk as their Sales and Marketing Director. For Dáša and for Sonberk, it is the shared enthusiasm, passion, joy, and love of wine that strengthen their vision as a team. In addition to the prestigious title of Czech Winery of the Year, Sonberk wines also were awarded Platinum, Gold, Silver, and Two Bronze medals at the Decanter 2020 awards. Sonberk Winery reflects a unique and exceptional place in South Moravia, one that continues to demonstrate the versatility of Czech wine. 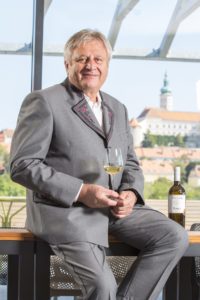 Miroslav is the owner and founder of Volařík Winery, a midsize winery located in the heart of Mikulov. Established in 2007, Miroslav Volařík has since been awarded Winemaker of the Year in 2011, 2014, and 2018, along with numerous other medals and accolades from both domestic and foreign wine competitions, such as Decanter, Concours Mondiale de Bruxelles, Vinalies, the Czech National Wine Salon, and Kral Vin. Currently managing eighty hectares of vineyards under integrated production, of which four hectares are certified organic, the winery’s central focus is on the production of predicate white, rosé, and sparkling wine. A savvy entrepreneur and viticulturist, Miroslav and his winery team demonstrate an inherent passion to showcase the versatility of Moravian winemaking. In particular, the winery emphasizes the strength of their local and Central European grape varieties, ones that exhibit the marked acidity and minerality that reflects the sloped limestone hillsides of the Pálava Protected Landscape. The Volařík range of wines offers a dynamic, progressive collection of wines that garner a unique freshness and vibrancy.  In addition to their main production, the winery has recently introduced a Terroir Line, reflective of the unique macroclimate found in Mikulov, as well as their Certified Organic range of wines. Through diligence, docility, humility, expertise, and a relentless love and passion for wine, Volařík Winery has established themselves as producers of some of the highest quality wine in the Czech Republic, catapulting their popularity both at home and abroad. 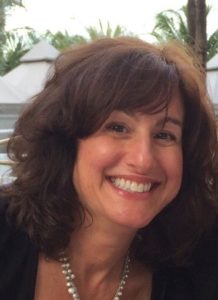 Marjorie Ferris is the Sales Manager at Diversified Communications for Vinexpo America. Marjorie has over 10 years of experience in the trade event industry in a variety of sales and management roles. Joining the US-based Vinexpo America team since the event launched in 2018, she continues to learn more about the wine and spirits industry, completing the Court of Master Sommeliers Introductory Course & Examination and is currently taking WSET Level 2 Award in Wines.