The Buzz, a dedicated space at Vinexpo New York that promotes knowledge exchange and discussion has gone Virtual! The Virtual Buzz will take place digitally throughout 2021 and will focus on current events, issues and trends impacting the US beverage alcohol industry.

Moderator, McClam Mitchell Thomas dives into the questions concerning US importers, the impact the tariffs have had at all levels of the three-tiered system and what opportunities the suspension presents. Gouveia & Roelandt share their experiences concerning the tariffs and Tobiassen provides insight from the National Association of Beverage Importers (NABI) and what actions members of the industry can take.

Complete the short form to access the session. The session link will also be emailed to you. 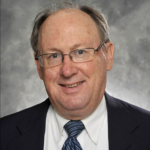 Robert M. Tobiassen is the President of the National Association of Beverage Importers, Inc. (NABI), since October 2018. Prior to that appointment, he was the Principal at Tobiassen Consulting Plus Solutions LLC, after a 34-year Federal service career with regulatory, taxation and administrative and judicial enforcement experience with the domestic and global alcohol industry and served in the career Senior Executive Service (SES) as Chief Counsel, Alcohol and Tobacco Tax and Trade Bureau (TTB), Department of the Treasury.

Mr. Tobiassen holds a B.A. in Political Science with distinction from the University of California, Berkeley, a J.D. from the Lewis and Clark College in Portland, Oregon where he served on law review, and a LL.M. in Taxation from the Georgetown University Law Center in Washington, DC. Among other awards, Mr. Tobiassen received the 2003 Presidential Rank Award for Meritorious SES Executives and the 2012 Distinguished Service Award from the Secretary of the Treasury. 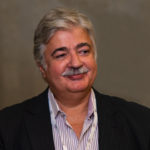 Luis Gouveia has been in the wine business since 1998. He joined DFJ VINHOS in 2007. What does each market(s) like or is it open to trying? DFJ importers are part of the team and they discover, create and maintain opportunities in a long-term partnership. DFJ creates the wines that people like to drink. DFJ offers a ratio of Price | Quality | Finesse | Pleasure | Awards. Sometimes we create a wine for our pleasures. 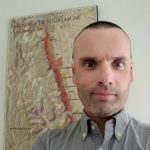 Fabrice Roelandt has been the Export Manager for Vignerons Associés since 2015. He looks after various markets, including Americas (USA, Canada, Latin America), Asia (China, Japan, Korea, Taiwan), parts of Europe (Germany), Eastern Europe and Russia. He has been in the wine industry for the past 15 years.

Vela McClam Mitchell Thomas has been in the wine industry since 1999 when she and her deceased husband Donald Mitchell founded their wine importing company, Lemae Group Wines. Vela is the current CEO of Lemae Group Wines, headquartered in Atlanta, GA., a company she has led for 10 years. As a lover of old world wines they often traveled to Europe seeking the best wines in Portugal, Italy, France and Spain. In their search they found amazing wines which could not be found in the U.S. With their backgrounds in chemistry, law and business they decided to take their passion and knowledge to the next step and form a company to bring these boutique wine finds to the U.S. Since that humble beginning Lemae has flourished with licenses in several states and wines in restaurants, retail outlets, stadiums and super markets. Vela has attended and participated in Vinexpo for nearly 20 years as it became the standard in wine exposition and education worldwide.

Prior to becoming CEO of Lemae, Vela was CEO of Georgia International Travel (an American Express affiliate), Senior Vice President of Worldspan Travel Technology Company and Director of Industry Sales at Northwest Airlines. She holds a MBA degree from Pepperdine University, Master of Science from Howard University, Bachelor of Science from Claflin University, a certificate in Global Enterprise Systems from Oxford University (Oxford, England) and a certificate in Strategic Business Management from the Wharton School of Business at the University of Pennsylvania. She is currently married to Kentucky State Senator Reginald Thomas and lives in both Atlanta, GA and Lexington, KY.

Complete the short form below to access ‘US & European Union Tariffs’. The link to access the session will be sent to the email address you provide.